Panelists and participants discussed basic principles for envisioned federalism, roadmap and framework for future political dialogues, emergence of a federal army that represents all ethnic nationalities and rewriting a new constitution rather than amending 2008 constitution.

Ethnic leaders representing armed ethnic groups and political parties unanimously agree that 2008 constitution should be rewritten because it is contrary to the wishes and aspirations of ethnic nationalities. Ethnic representatives say 2008 constitution is unusually difficult to amend as more than 75 percent of lawmakers of the Union Assembly need to approve legislation and then ratified by a nation-wide referendum.

Another consensus among ethnic representatives is the creation of a new Burman State for majority Burmese for political equality of different ethnic nationalities.

The conference is organized by UNFC, a group of eleven armed ethnic organizations that include KIO, KNU, KNPP, NMSP, CNF, SSPP, PNLO, ANC, WNO, PSLF and LDU whose political goal is the “establishment of a genuine Federal Union having national equality and rights to self-determination.”

View all posts by KLN → 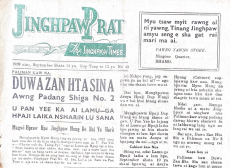 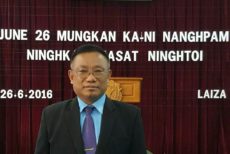